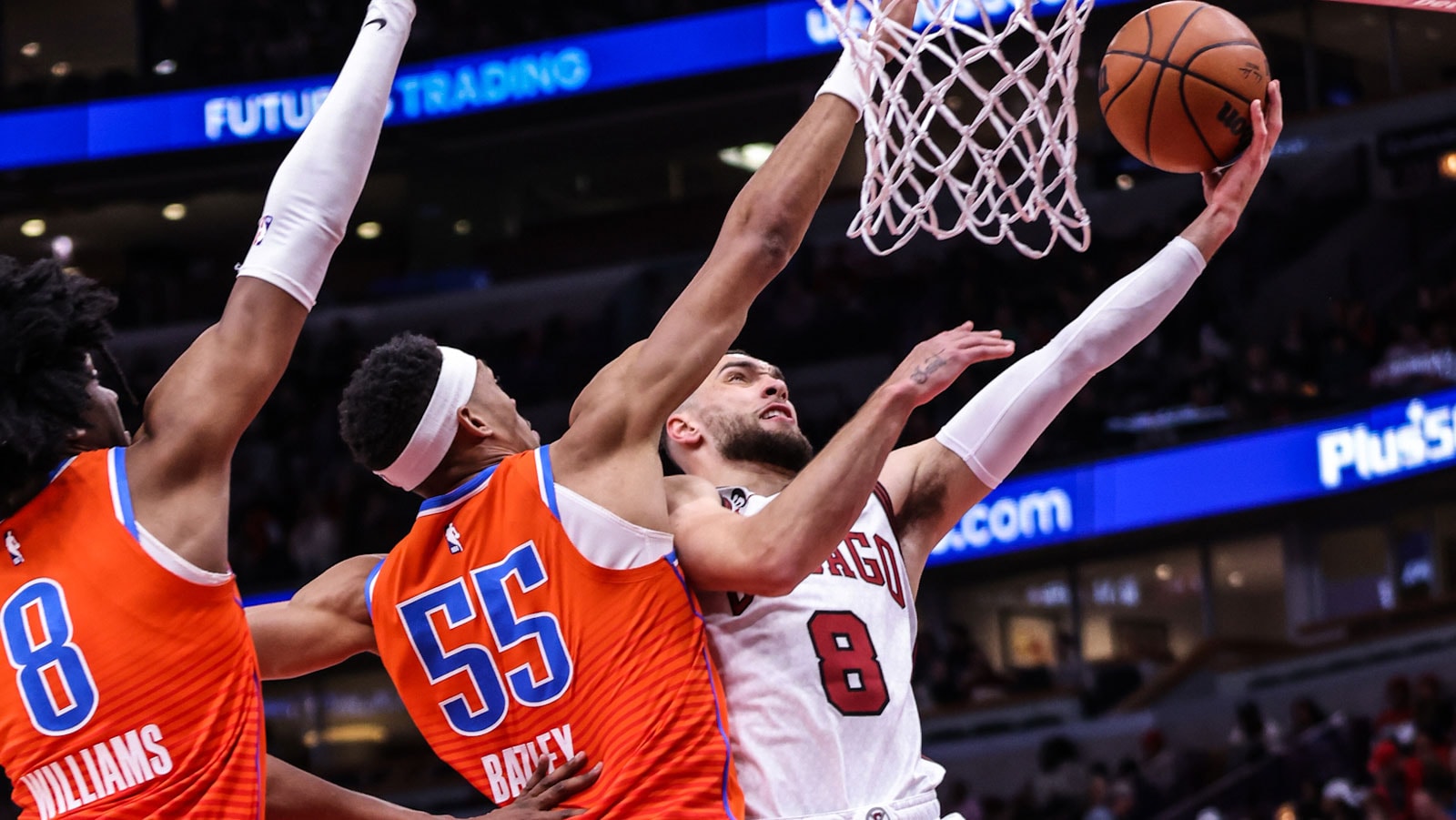 CCI RECAP: After scoring 133 points in a win Thursday in Philadelphia, the Thunder added 124 as they held off the Bulls sweeping the season series.

DeMar DeRozan missed his second straight game with a right quad injury but Patrick Williams (18 pts) and Coby White (19 pts) stepped up. Zach LaVine went 14-15 from the line scoring 25 points but the Bulls defense fell short allowing OKC to shoot 51% from the field. The Bulls committed 16 turnovers leading to 23 Thunder points. The Thunder scored 64 points in the paint. They put 70 points on the board in the first half.

NEXT: Home with Golden State Sunday.`

Atlanta 113, Indiana 111. John Collins’ tip in with 0.7 on the clock propelled the Hawks to a road win. Onyeka Okongwu had a career high 20 rebounds.

New Orleans 116, Detroit 110. The banged up Pelicans handed the Pistons their 34th loss in 46 games.