Will Ryan Garcia Still Be Undefeated By The End Of 2023? 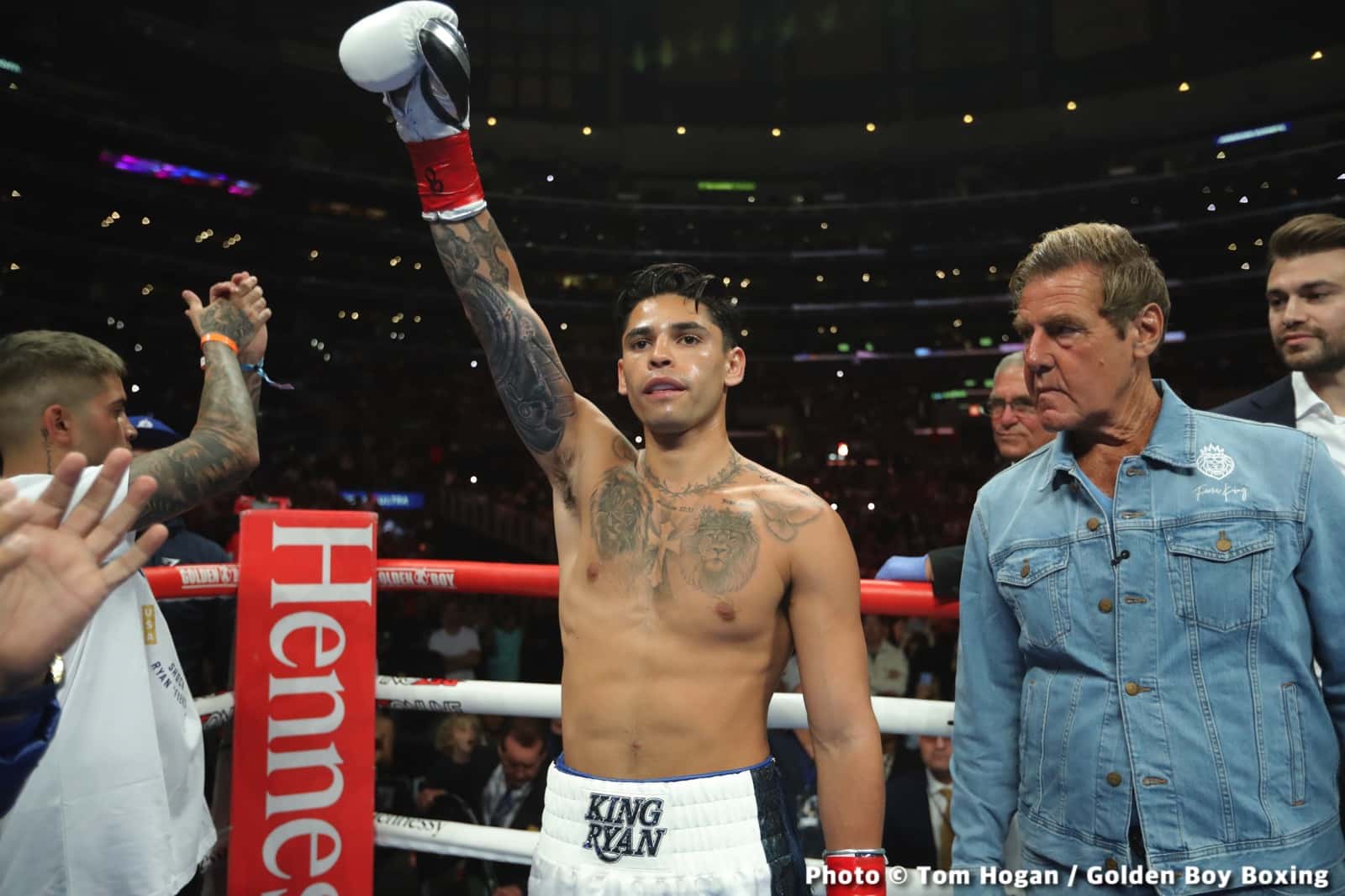 By Adam Baskin: Ryan Garcia has compiled an impressive record during his seven-year professional career, but will he still be unbeaten by the end of 2023?

It’s going to be difficult for Ryan to come out of 2023 without at least one defeat, possibly two, if he doesn’t return to the play-it-safe manner in which he’s fought 100% gimme-level fights.

Ryan is expected to fight his first real test in Gervonta ‘Tank’ Davis on April 15th, and it will take a miracle for him to win that fight. Tank is the more experienced fighter with the better chin and a guy that is more solid defensively.

Up to now, the only name that stands out on Ryan’s 23-fight resume is Luke Campbell, a fighter that had already been beaten by Vasyl Lomachenko, Jorge Linares, and Yvan Mendy at the point that Garcia fought him in January 2021.

Campbell was coming off a beat down at the hands of Lomachenko when he fought Ryan, and he was pretty well softened up from that fight. Besides Campbell, Kingry Garcia’s resume is littered with ordinary pedestrian-level opposition.

Golden Boy Promotions has done a great job producing a manufactured fighter with no substance to rope in the casuals and fool the hardcore boxing fans. In their laboratory, they’ve created Ryan by feeding him these fluff opponents to create a mirage that has tricked fans:

“Gervonta ‘Tank’ Davis is a sensational fighter and a legitimate star. He recently stopped [Hector Luis] Garcia, but not the Garcia that people have been waiting to see him fight. He beat Hector, and now apparently, he’s ready to fight Ryan Garcia,” said Max Kellerman on Max on Boxing.

“Last time I checked, he was a three-and-a-half to one favorite to beat Ryan. We’re going to get to that fight in a minute. This past weekend, Tank Davis stopped Hector Luis Garcia when Garcia couldn’t answer the bell for the ninth.

“Tank is not only an excellent, exciting, punishing fighter, but he’s a ticket seller. An actual star in a sport that doesn’t have many nowadays. Is Ryan Garcia, another star, next?”

“I believe we’re going to see that fight, and as I’ve said many times on the show, I think that’s the biggest fight you can make in all of boxing commercially,” said Mike Coppinger about the Gervonta Davis vs. Ryan Garcia fight.

“Golden Boy has yet to receive the contract, the final contract, from PBC, which promotes Gervonta Davis. I’m told that all of the material terms are agreed to for an April 15th fight in Las Vegas.

“One more issue, of course. Gervonta Davis has a February 15th trial for his alleged involvement in a hit & run in Baltimore in 2020.”

“As usual in boxing, Tank and [Ryan] Garcia, I want to see that fight,” said Kellerman. “But Shakur Stevenson is in the division, Haney, and Lomachenko. Those are the guys that I want to see the winner of this fight [Gervonta vs. Ryan] eventually fight, and Tank is the big favorite there.

“As usual in boxing, and I’m not saying this applies to Tank and Garcia, but we don’t get the fight we really want. We get some lesser match-up, right? Usually, a good one that the promoter and distribution outlet can sell, but the one that we’ve been waiting for,” said Kellerman.