Eagles Assistants Are Coveted Around the NFL 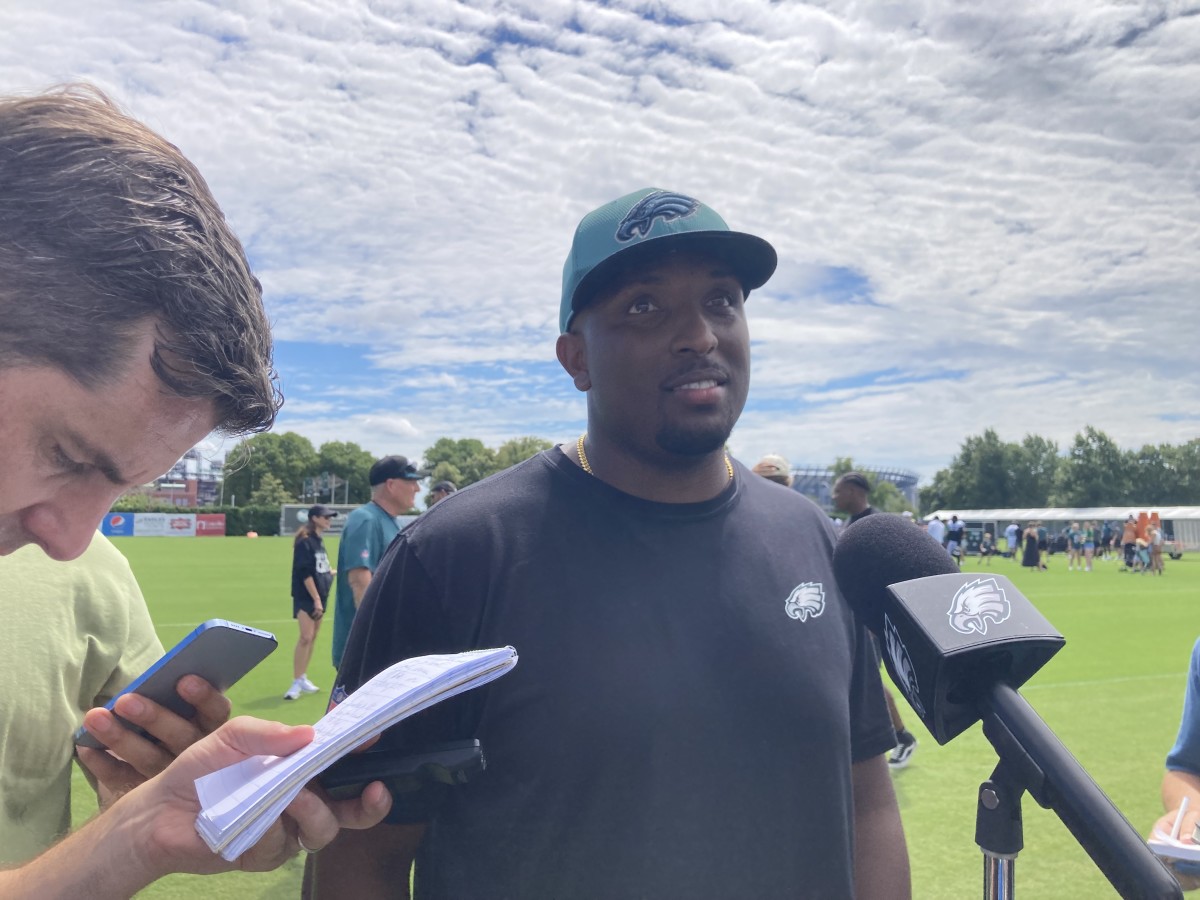 The barbarians are at the gate when it comes to the Eagles’ coaching staff.

While top-seeded Philadelphia is idle from a playing perspective this week, the coaching staff that has helped guide a 14-3 team (14-1 with starting quarterback Jalen Hurts), is in danger of being picked apart.

The high-profile candidacies of the coordinators are just the tip of the iceberg.

Offensive coordinator Shane Steichen interviewed virtually with Houston on Friday and followed that up with meetings with Indianapolis and Carolina on Saturday.

Defensive coordinator Jonathan Gannon, who was a finalist for the Texans job last year, again engaged with Houston on Saturday and is close with Texans GM Nick Caserio, although it remains to be seen how much power Caserio yields after two consecutive one-and-done head coaches in South Texas.

Peel back a layer and Cleveland is interested in secondary coach Dennard Wilson for its DC job while the New York Jets interviewed passing game coordinator Kevin Patullo for its OC job. Quarterbacks coach Brian Johnson has also been tied by some to Steve Wilks’ head-coaching candidacy in Carolina.

Also, Marcus Brady, who the Eagles quietly brought on as a consultant after he was fired by Indianapolis, is also being interviewed by the Jets for their OC job.

To date, there are a less-than-normal five head-coaching openings although a sixth could be added after the Los Angeles Chargers’ 27-point implosion to Jacksonville in the wildcard round on Saturday.

Sean Payton can virtually write his own ticket – likely with Denver or Arizona – if the former New Orleans Super Bowl-winning coach decides he wants to get back in, which would eliminate one spot. The high-profile nature of Michigan coach Jim Harbaugh could also be too much for short-sighted owners.

As far as some of the coordinator openings, the Browns’ Kevin Stefanski had to scapegoat Joe Woods and the Jets’ Robert Saleh was essentially forced to do the same with Mike LaFleur, an indication they are in the last legs of their coaching cycles unless things turn around in 2023.

There is also the unknown when head coaches are placed as far as what assistants will be targeted.

The top in-house candidates for the Eagles to replace Steichen would be Patullo and Johnson while Wilson is Gannon’s right-hand man on defense.

Nick Sirianni is very high on some young coaches as well like linebackers coach Nick Rallis, assistant QB coach Alex Tanney and defensive assistant Tyler Scudder but their ascensions are expected to be more gradual.

The Eagles won’t lose all of the assistants being coveted but they will almost surely have to deal with some leaving the NovaCare Complex.

-John McMullen contributes Eagles coverage for SI.com’s Eagles Today and is the NFL Insider for JAKIB Media. You can listen to John, alongside legendary sports-talk host Jody McDonald every morning from 8-10 on ‘Birds 365,” streaming live on YouTube. John is also the host of his own show “Football 24/7 and a daily contributor to ESPN South Jersey. You can reach him at jmcmullen44@gmail.com or on Twitter @JFMcMullen