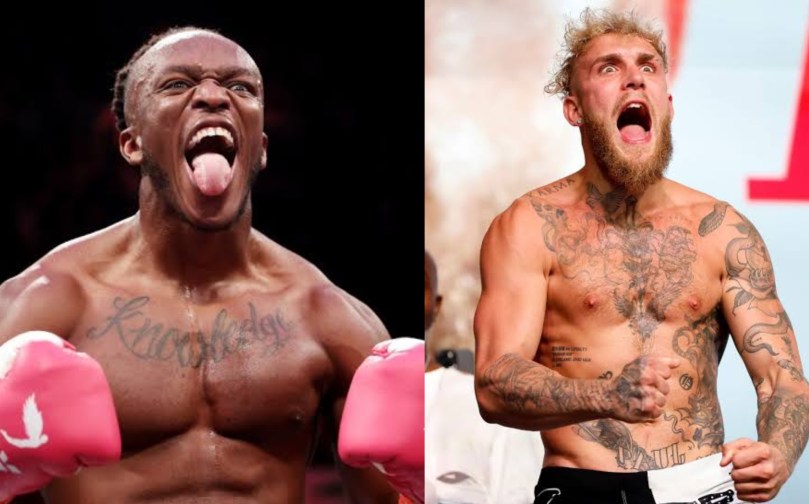 Jake Paul backed to Knockout KSI: Boxing News: The boxing match that boxing fans had been waiting to see finally happened in…

Jake Paul backed to Knockout KSI: Boxing News: The boxing match that boxing fans had been waiting to see finally happened in London. KSI was initially scheduled to take on Dillon Danis, but when Danis withdrew, Faze Temperrr stepped in to challenge the YouTube sensation. It wouldn’t be incorrect to say, everyone expected KSI to take the victory home, but none anticipated it would happen in this way. Follow Boxing News Updates with InsideSport.IN.

In case you missed it, the British YouTuber defeated Temperrr via knockout in the opening round of their main event. And with this triumph, KSI kept his perfect record in boxing. Meanwhile, after his victory KSI is receiving praise from all over the world from the combat world to everyone who saw the fight. However, one interesting thing that stood out was Jake Paul praising his potential rival in reaction to his success.

Also Read | KSI KOs Temperrr: How much money did KSI earn by knocking out Faze Temperrr?

It appeared that Faze Temperrr would put on a good display as well. The same did not occur as Temperrr was defeated by KSI’s lightning-quick punches and overwhelming knockout strength. He now has the opportunity to make even bigger movements in the match. Jake Paul, closely followed the match and offered his opinions right away which is as follows.

I love when KSI wins because it gives him more confidence for him to actually get in the ring with me.

Paul has ironically remarked that he is pleased with the victory and is now hoping to set up a confrontation with KSI, his old opponent from both the sporting world and the world of content creators.

Indeed, given that they are both unbeaten and certainly skilled boxers, their fight would be the dream match for millions of boxing fans. And not just them, numerous other from world of combat sports also reacted to the victory.