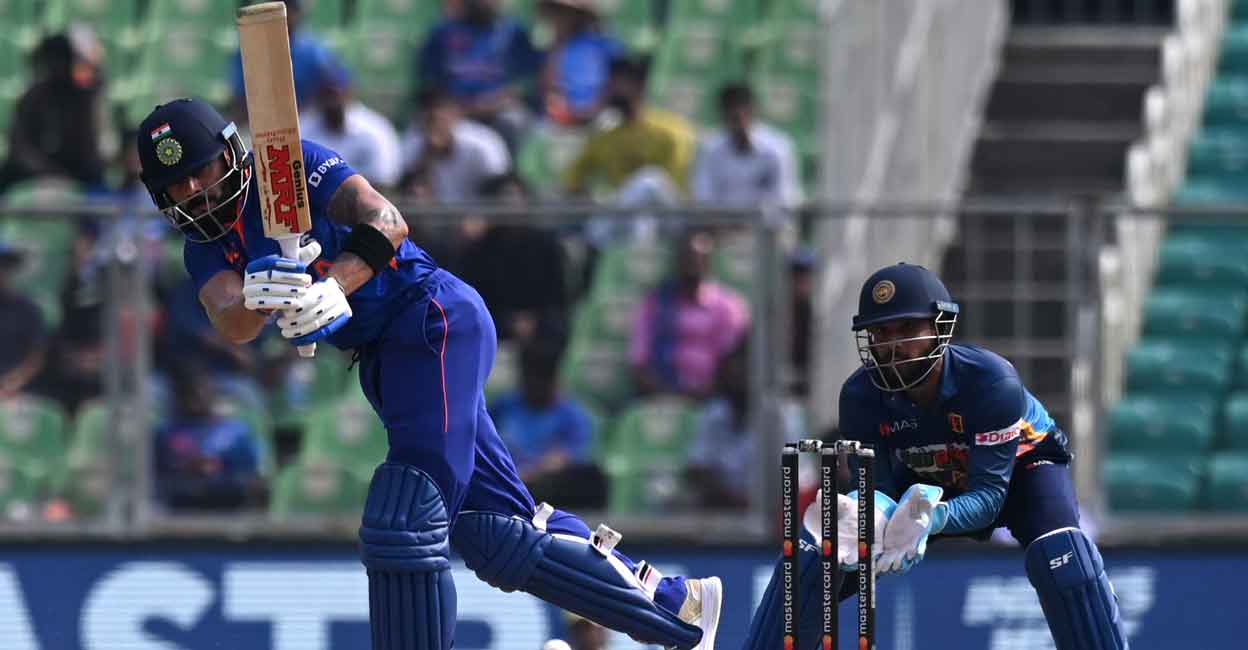 Thiruvananthapuram: Virat Kohli smashed an unbeaten 166, while young opener Shubman Gill scored a classy 116 as India amassed 390/5 against Sri Lanka in the third and final One-Day International at the Greenfield International Stadium on Sunday.

Indian skipper Rohit Sharma put on 95 for the opening wicket along with Gill after electing to bat. Rohit departed for 42 off 49 balls.

Gill and Kohli continued the Indian domination with a 131-run stand for the second wicket. Gill brought up his second ODI ton off 89 balls. He hit 14 fours and two sixes.

Kohli scored his 46th ODI hundred off 85 balls. It was his second century of the series and 10th ODI ton against the Lankans.

Kohli remained unbeaten on 166 off 110 balls. His knock was studded with 13 fours and eight sixes.

Kohli added 108 the third wicket along with Shreyas Iyer (38).