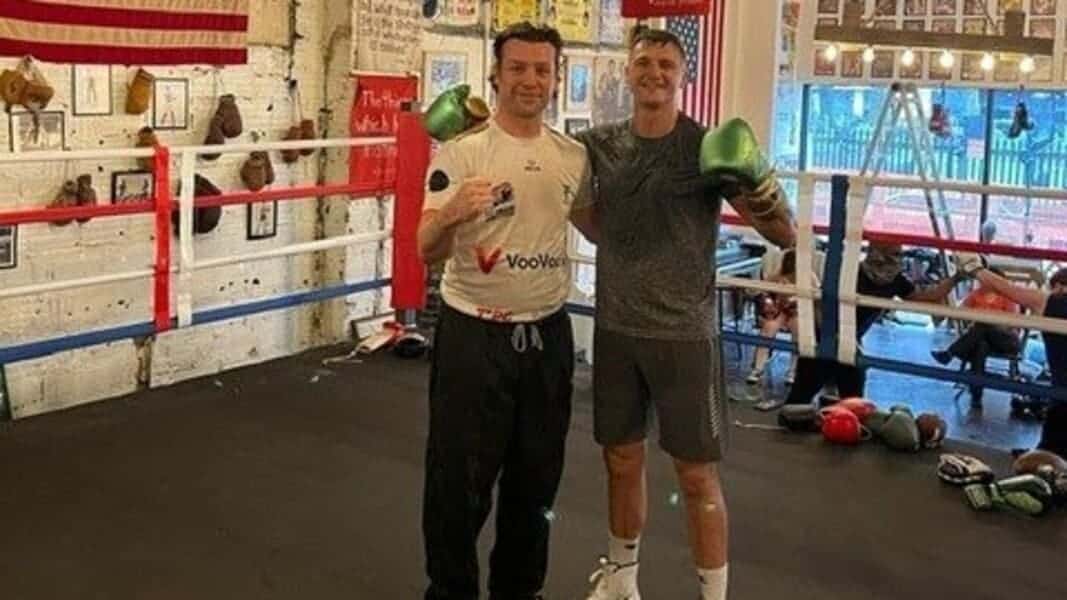 Duddy assisted Coyle during a training session at Trinity Boxing Club. Following the workout, the pair sat down to discuss the ins and outs of the sweet science.

Like Duddy, Coyle is a middleweight from Derry, Northern Ireland with a fan-friendly style. Coyle had a big 2022, going 4-0 and winning the NABA title in the process.

Currently ranked #6 by the WBA, Coyle’s happy he was able to spend time with a fighter he looked up to.

“It was great to spend time with John,” said Coyle, who is 18-0 with 8 knockouts. “He’s an inspiration to many fighters including myself.

“He always gave fans their monies worth and fought with incredible determination.

“That helped him become a big draw in New York and back home in Ireland. Above all that, he’s a true gentleman and a great ambassador for Irish boxing.”

His next fight will be announced shortly.