Tyler Tomlin Bounces Back With Decision Win in Hopkinsville, Kentucky 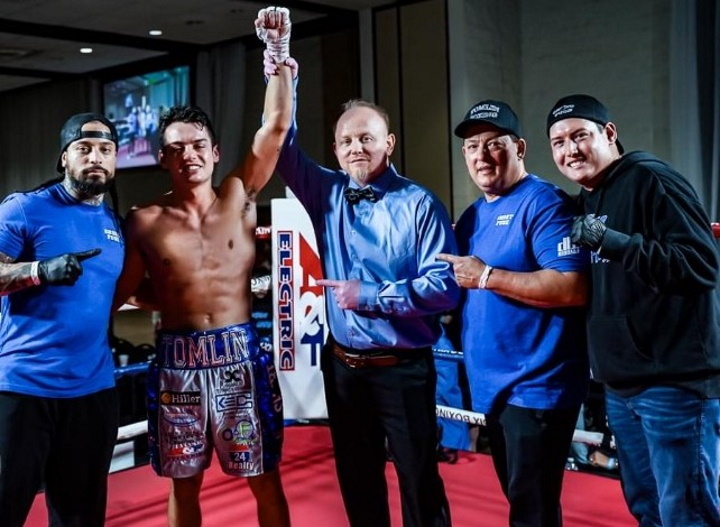 The fight took place last night at The Bruce Convention Center, in Hopkinsville, Kentucky. Tomlin won every round of the fight. Scorecards read 80-72 across the board.

“This is the start we were looking for, a good win over a tough opponent to start my year off right,” said Ty Tomlin, as he addressed the crowd after the fight. “I was gunning for the knockout, but this guy was tough, and he wasn’t going away. I hit him with some good shots, but credit to him, he took them and made it to the final bell.”

Tomlin is now looking to fight three to four more times, if possible, this year. His goal is to build his record up to 20-wins by the end of the year.

“I am hoping to stay active I would like to fight as much as possible,” continued Tomlin. “The good folks of Cheatham County have come out to support me in various cities, and I look forward to not just fighting here, but bringing the show on the road as well. This will be a busy year for me, and I am ready for whatever is in front of me.”

This event was promoted by One One Six Productions in association with DiBella Entertainment.