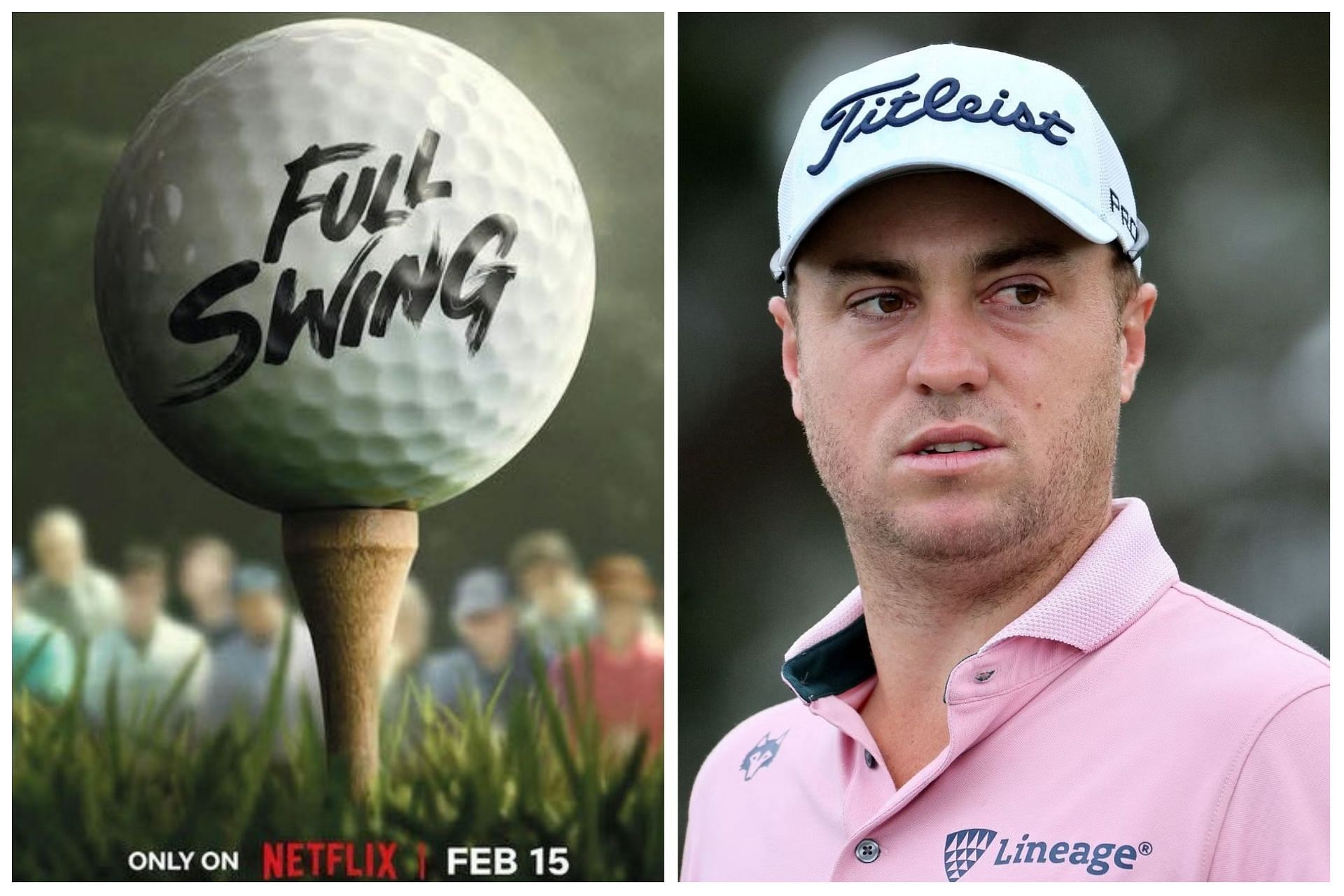 Netflix dropped a trailer for Full Swing, the much-awaited golf documentary series, last week. The trailer, which featured Rory McIlroy, Ian Poulter, Collin Morikawa, Scottie Scheffler, Jordan Spieth, Tony Finau, and Matt Fitzpatrick, among others, was as exciting as it could get.

As fans eagerly wait for the docuseries to premiere on February 15, Justin Thomas has now come out to dub it “mind-blowing.” The PGA Tour golfer, who also stars in the series, revealed that he was gushing over the series and was excited to watch it. The golfer even joked about the series’ crew knowing some behind-the-scenes secrets about the golf world.

“Maybe they just knew something that we didn’t… It is mind-blowing when it started at the beginning of the year and the amount of storylines just through players and what they’re trying to accomplish. I don’t think anybody could have been sitting here at this time last year and said what was going to happen.”

“I’m excited to watch and it couldn’t have really drawn up a better year or situation as to what happened throughout the course of the year.”

It is pertinent to note that the PGA Tour confirmed the series in January last year. It revealed that the streaming service’s crew would be given unprecedented behind-the-scenes access to its tournaments. The show is set to mimic the largely successful Drive to Survive series that follows F1.

@netflix twitter.com/netflix/status…
“You picked a hell of a year to start following the PGA Tour.”

Justin Thomas hypes up the series

The docuseries’ trailer had fans on the edge of their seats as it featured both PGA Tour and LIV Golf players. The documentary, which started filming before players began defecting to the Saudi-backed series, is bound to have some interesting moments. LIV players, including Ian Poulter, Dustin Johnson, and Brooks Koepka, are part of the series.

While the storylines of the series remain a secret, Justin Thomas has hinted that there are some “wow” moments in it.

“It’s kind of crazy to say but as a golf fan I’m excited to watch it. I know what (footage) I shot, but I don’t know what Tony Finau shot, or what Rory (McIlroy) shot. It’s going to be interesting and cool.

“I see these guys more than maybe you would if you go to a tournament and they’re standing on the third tee or whatever, but I’m still going to see things that I’ve never seen, so you and I and everyone else who’s a big golf fan will enjoy that side, whereas other people that have maybe never heard of even par before will learn what that is. I think that’s what’s very unique about it.”

The PGA Tour golfer even went on to reveal why he signed up for the series. He said that such a take on the sport will eventually help it grow and reach newer audiences.

“The main reason was to try to create and grow the audience and fanbase in terms of the Tour and the game of golf. If the game of golf can become a bigger and better place from this then all of us benefit… It’s just a good opportunity for some of us to show our personalities or our week-to-week life, daily life, our travel – just stuff like that people would never see unless we gave some kind of access like this.”

The docuseries is expected to be a huge hit. Pundits and fans are already hyping it to match the F1 version.