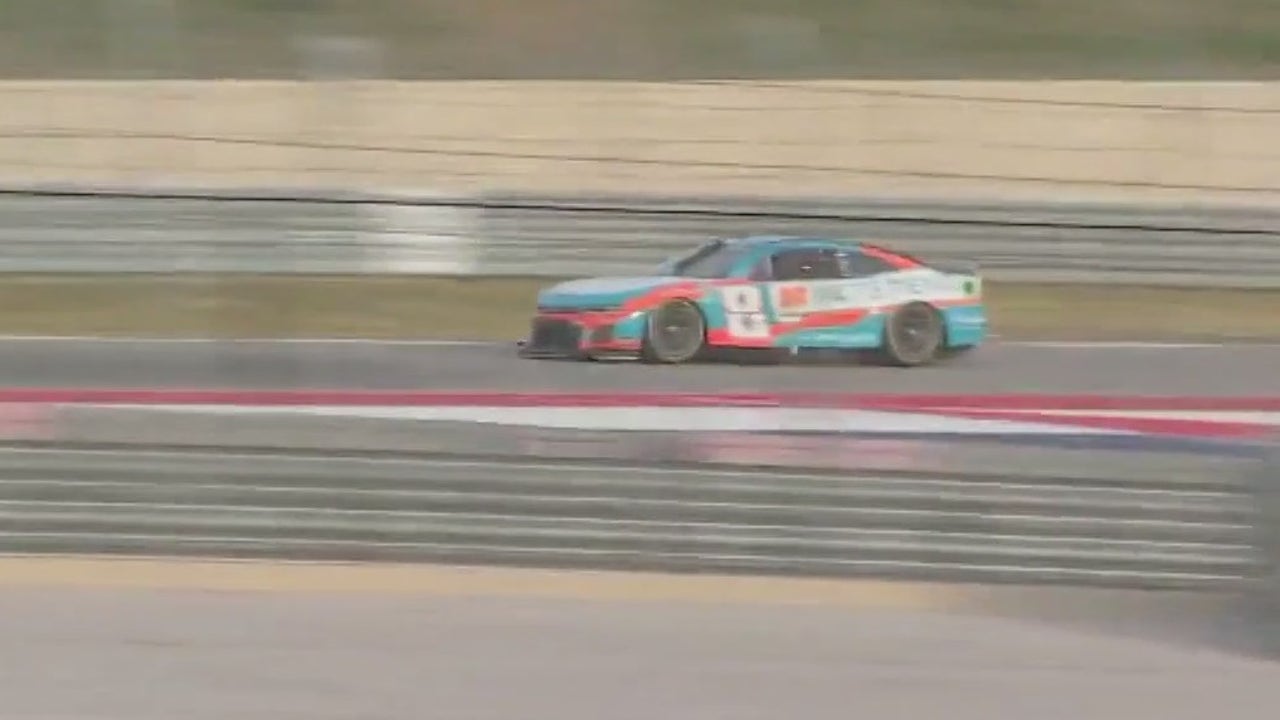 Kyle Busch was one of the auto racing stars in town and they all plan to return for the NASCAR triple header in March. FOX 7 Austin’s Meredith Aldis has details.

AUSTIN, Texas – Three NASCAR Cup Series stars hit the Circuit of the Americas track for a tire test Monday afternoon. They all plan to race in the NASCAR tripleheader in March.

The drivers told FOX 7 Austin this was an opportunity to test out the track and get some stats to prepare for the race in about nine weeks.

Kyle Busch, Tyler Reddick, and Austin Cindric were behind the wheel for the first time for NASCAR this year.

“If they would allow me, I’d run every test,” Busch said.

They said it’s a huge opportunity to help prepare them for the Echopark Automotive Grand Prix NASCAR Cup Series in March.

“From a driver’s perspective, just racing the surface itself, it’s a very challenging racetrack,” Reddick said.

“As you’re swapping back and forth through the salem, it’s pretty fun but also pretty unnerving, we actually felt that on a couple tires today, we about spun out,” Busch said.

“It’s fun when you put it together and get it all right,” Cindric said.

For Busch and Reddick, this was their debut with their new organizations.

Busch is now with Richard Childress Racing and he and his number 8 team are sponsored by NetSpend, a financial services company headquartered in Austin.

“The fans here have been really great, being able to come out and support the NASCAR race here, so it’s been really, really cool to see that and see people in the suite seats and grandstands and we need that support,” Busch said.

Reddick is with 23XI racing in the number 45 Toyota.

“I was really excited to get to the track and see where the road course program was at and they certainly felt that they wanted to make some improvements in this off-season and they were hoping they could lean on me and what I’ve been able to learn to help make that possible too, so definitely think we’ve gone in the right direction,” Reddick said.

Cindric drives the number 2 Ford for Team Penske. He’s the second-youngest Daytona 500 winner at 23 years old. He said he’s excited to be coming back to Austin.

“I’ll never forget how great the crowd was especially coming off the back end of COVID, the first race we had here and had a great crowd coming again and I love how close proximity we are to Austin and how unique that is,” Cendric said.

The NASCAR Tripleheader is being held at the Circuit of the Americas again for the third year from March 24-26. You can watch it on FOX 7 Austin.