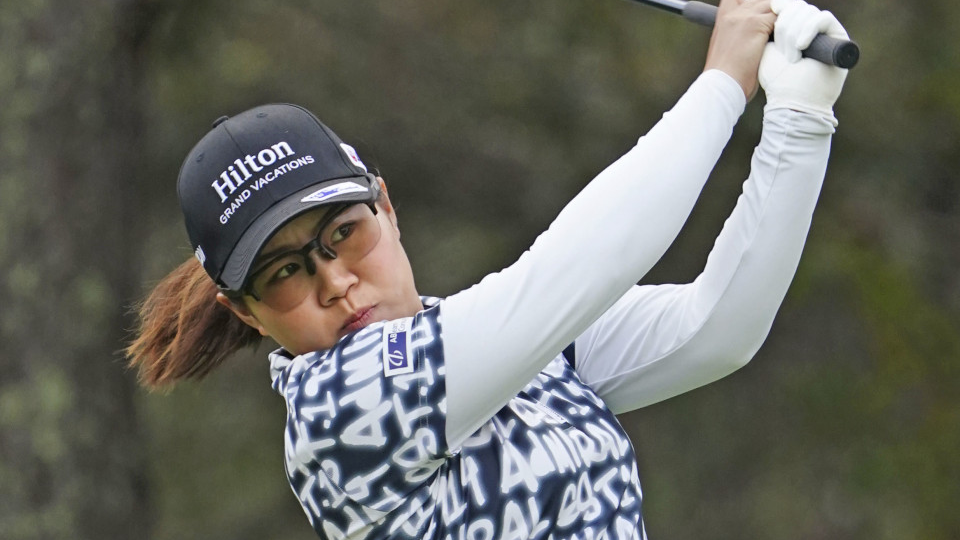 Japanese golfer Nasa Hataoka carded a 4-under 68 to move up into a tie for fifth in Friday’s second round of the LPGA season-opening Tournament of Champions.

Overnight leader Brooke Henderson of Canada followed her opening-round 67 with a 66 to move to 11 under, four strokes clear of American Nelly Korda in second place at Orlando’s Lake Nona Golf and Country Club.

Nasa Hataoka of Japan tees off on the fifth hole during the second round of the LPGA’s season-opening Hilton Grand Vacations Tournament of Champions at Lake Nona Golf and Country Club in Orlando, Florida, on Jan. 20, 2023. (Kyodo)

Hataoka, who entered the day tied for ninth following her first round 71, sank six birdies against a pair of bogeys to sit six shots off the lead at the halfway point of the tournament, contested by 29 title winners from the past two seasons.

“It was a good round,” said the 24-year-old Hataoka, who has six career LPGA wins. “I was sinking 3- to 4-meter putts better than the first day, which led to some nice birdies.”

Women’s Scottish Open champion Ayaka Furue shot a 70, including an eagle on the par-5 15th, to remain tied for ninth at 3 under.

Yuka Saso, who led the Japanese contingent on the opening day, carded a 73 to fall nine places and into a tie for 16th at 1 under.