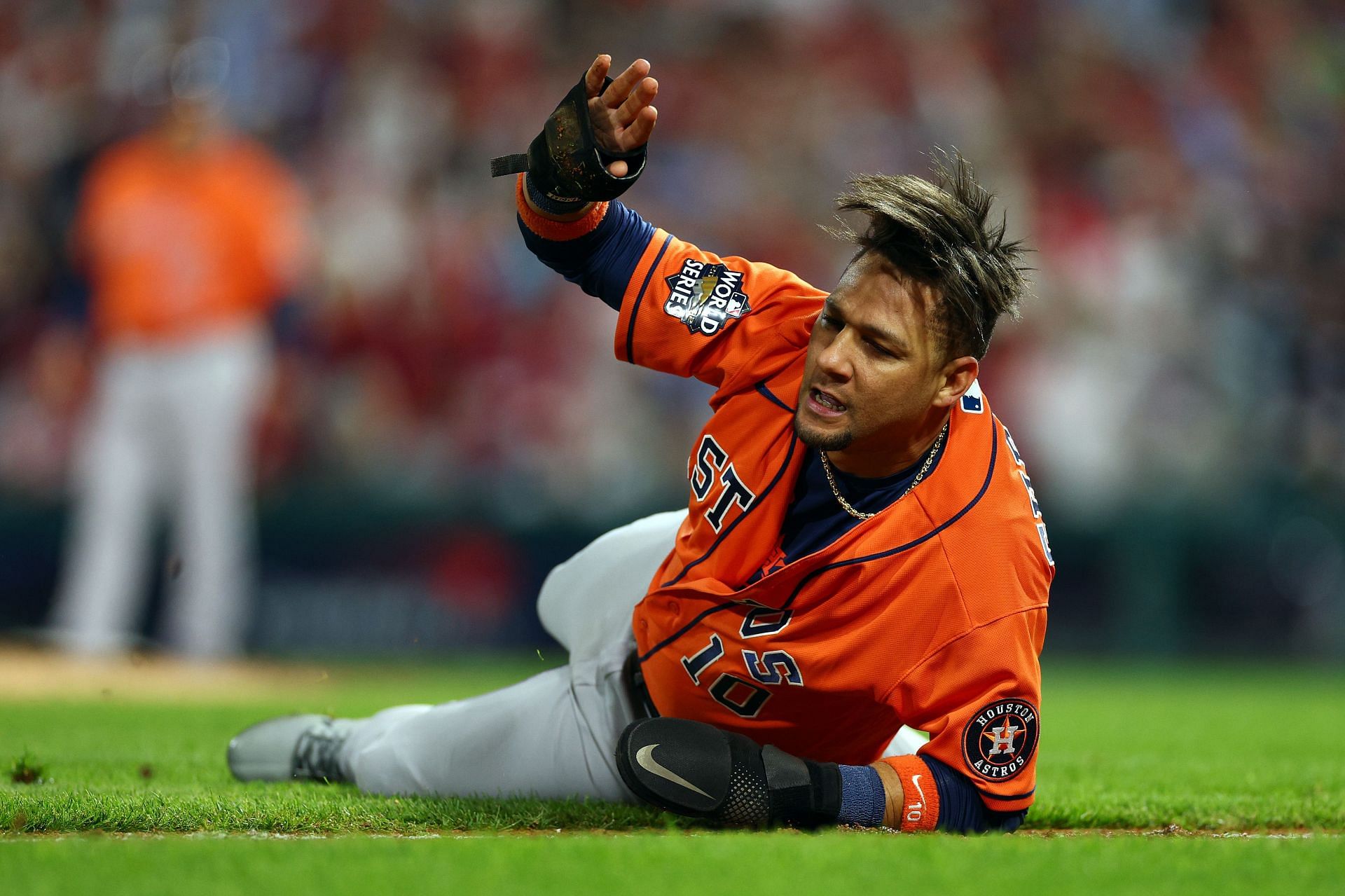 According to Jon Heyman, veteran first baseman Yuli Gurriel is still on the radar of the Miami Marlins. This was Heyman’s report in reference to the possible signings for teams before the opening day of the 2023 season. He believes that the Marlins, Boston Red Sox and New York Mets are among the teams still making moves to strengthen their roster before the start of the season.

Heyman singled out Gurriel as one of the free agents in the market who is still in demand and has not signed a contract yet. Yuli Gurriel, nicknamed “La Pina”, is a World Series Champion, an Olympic Gold Medalist and the winner of the Gold Glove Award in 2021. Following the 2022 World Series triumph with the Astros, Gurriel became a free agent.

Jon Heyman took to Twitter to post the news about possible teams still on the lookout for players like Gurriel. Heyman is a baseball columnist for the New York Post and a well-trusted newsman in the world of baseball. He is also a journalist for the MLB Network and WFAN Radio along with being the co-host of the baseball podcast “The Show” along with Joel Sherman. He also makes regular appearances on numerous programs like the “Michael Kay Show” and “Mike and the Mad Dog”.

Where will Yuli Gurriel end up for the 2023 season?

At the moment, we can only speculate on what is in store for the double MLB World Series winner. There is no doubt that Yuli Gurriel still has a lot to offer at the age of 38 years. His 2022 season with the Houston Astros was indicative of the experience and talent the veteran can bring to the table.

While the Astros were initially interested in bringing back Gurriel as their utility man for 2023, their interest seems to have dwindled lately. Heyman reports that the Miami Marlins are the team courting the veteran and will look to be the frontrunners to sign him. Earlier this week, the Marlins traded starting pitcher Pablo Lopez and two other prospects for Luis Arraez. Heyman believes that they are still looking to get more reinforcements.

Though he primarily played first base for the Astros in 2022, Gurriel is a versatile player who can also slot in at second and third base. In fact, he started his career in the hot corner. Now, only time will tell what lies in store for him in the coming season.