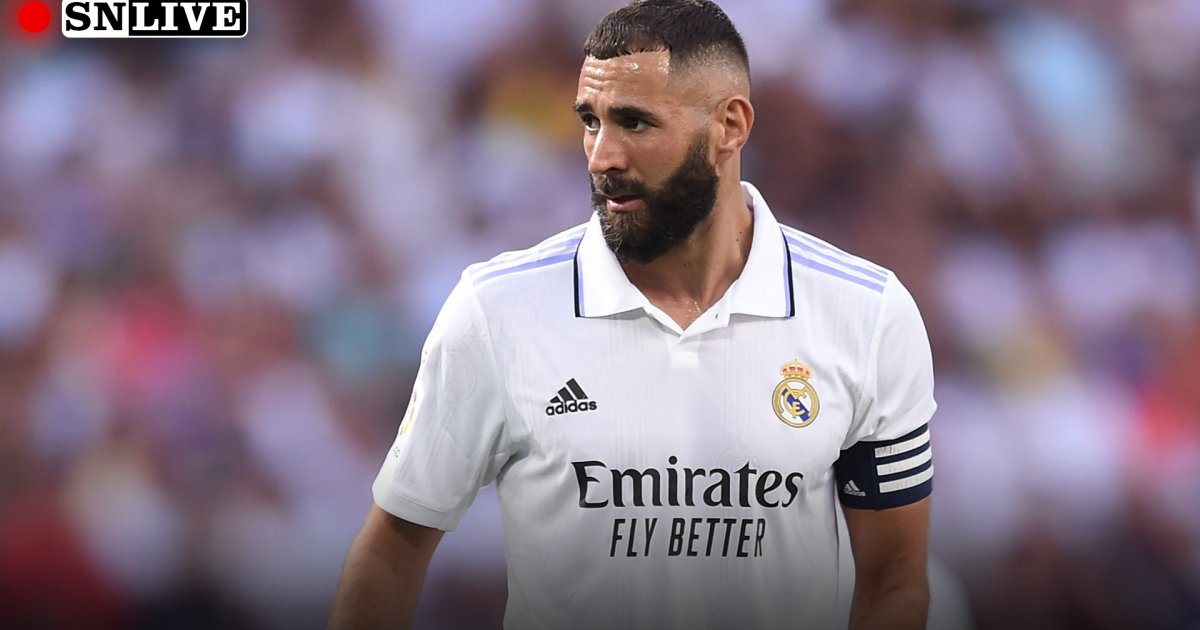 Real Madrid hope to revive their La Liga title chase as they travel to eighth placed Athletic Club on Sunday for a top tier showdown.

Los Blancos have slipped a bit in their form across all competitions, including defeats in two of their last four league matches, but a last 16 victory over Villarreal in Copa del Rey play last time out will give Madrid hopes of returning to their expected heights. They sit three points behind leaders Barcelona, having squandered an early lead atop the table.

Even the victories have been tougher than expected for Madrid of late, as they were forced to come from 2-0 down against Villarreal to pull out the 3-2 win. They needed a penalty shootout to beat Valencia in the Supercopa semifinal, needed two late goals to squeak by Real Valladolid in late December, and beat relegation-threatened Cadiz by just a single goal before the World Cup break.

Athletic Club have also fallen on hard times of late. Since the return to action following the 2022 World Cup, they have failed to win any of their La Liga matches, drawing two and losing one. They managed a slim victory in the Copa del Rey midweek just like Real Madrid, which could also provide a view to improved form.

The Sporting News will be following the match live and providing score updates, commentary and highlights as they happen.

44th min: Vinicius Jr and Inaki Williams have a staredown after a physical encunter on the touchline that results in a rare foul by Vinicius Jr instead of on the Brazilian. They’re locked in.

40th min: OUCH. Athletic left-back Yuri Berchiche is down needing treatment and cameras catch him sporting a badly dislocated finger on his right hand. That looks horribly painful, and you can see it on the veteran’s face. Hopefully he can continue on if they pop it back in place. He looks to be ok once he reaches the touchline, speaking briefly with Carlo Ancelotti to tell the Real Madrid boss he’s alright. A nice moment.

39th min: Athletic begin to ramp up the pressure in the attacking half, and win their fourth corner of the match. Again Real Madrid clear. Athletic have been energetic at times but cannot put it together on set pieces.

35th min: Athletic Club aren’t attacking through the middle, mostly progressing down the flanks instead, so Eduardo Camavinga hasn’t had a ton to do defensively, but in possession the young French midfielder has been quite good so far, in now his fourth consecutive start in league play. 19/21 passing, with both misses coming on long deliveries. Important possessional display early against the occasional Athletic press, which has proven energetic and pinpoint. He has also won three clearances.

You can’t deny it, Camavinga is always there to lend a hand.

Eddie is magic under pressure. He hasn’t got the Kroos/Modric level of decision making yet but the talent is there.

28th min: Federico Valverdo has a pop on goal from an extremely deep distance, and it’s well wide. That’s a poor decision, as he had room to run and teammates in support.

24th min: GOAL! REAL MADRID! Who else but Karim Benzema against his favorite opponent! Federico Valverde fires in a ball into the penalty area, and while the initial delivery was meant for Marco Asensio at the far post, it’s cleared momentarily. It drops to Benzema who contorts his body exceptionally and rifles one that bulges the side netting with incredible skill. What a goal!

Watch in the USA:

Watch in the UK:

“AND IT FALLS TO BENZEMAAA!”

Karim Benzema puts Real Madrid on the board! #LaLiga pic.twitter.com/3Yq1b3Jjrl

20th min: Now it’s Real Madrid into the attack, and first Karim Benzema rifles a shot wide before Marco Asensio is felled at the edge of the penalty area by Yuri Berchiche. Madrid players scream for a penalty, and VAR has a look, but play is continued with no call. It’s a dicey one for sure, and Berchiche will need to be careful, but there’s probably not quite enough in that for VAR to overturn the call. Athletic get away with one!

17th min: Chance, Athletic Club! Nico Williams fires for the far post, having nutmegged Eduardo Camavinga, but he hits it just wide! Beat the goalkeeper Thibaut Courtois who was full stretch, but also beat the post.

12th min: Both sides starting to show more attacking intent. First Athletic play on the counter through Inaki Williams and win a corner but it comes to nothing. Then Vinicius Jr is flagged for offside on a Real Madrid through ball, and it looked like both he and Karim Benzema were off on the delivery. Athletic are starting to build themselves into the match but have been stunted a few times by silly fouls in midfield.

9th min: A few common occurrances for Real Madrid as Vinicius Jr, the league’s most fouled player, gets hacked in midfield. Then Karim Benzema weaves his way effortlessly through a few players at the top corner of the penalty area but his feed to Marco Asensio sees the move shut off and Madrid have to recycle. They’re comfortable on the ball now, but have yet to truly threaten the hosts’ goal.

7th min: Karim Benzema has the first shot on target of the match for either side, but he misfires and sends it high and wide. He was on target in his pre-match warmups, and Athletic Club are a club he loves to score against, so that’s a rare whiff!

4th min: Athletic Club aren’t pressing incredibly high but Real Madrid are passing it around the back and coaxing the hosts out of their shell. They oblige, and it results in a few turnovers in dangerous positions, but nothing comes of it…yet.

Kickoff: The game is under way! Lots of pressure on Real Madrid to perform in this road match given Barcelona’s result earlier.

6 mins to kick: Karim Benzema pinging top bins in warmups probably isn’t what Athletic Club will want to see! Athletic Club are one of his favorite teams to score against. The only players with more league goals against them are Cristiano Ronaldo and Lionel Messi!

15 mins to kick: The players are out of the tunnel for one last warmup before kickoff. The fans are still filtering into the stadium, but it should be a rowdy atmosphere once the game begins.

30 mins to kick: Barcelona wins 1-0 on an early goal by Gavi, increasing the gap at the top of the table to six points. Real Madrid must win today or fall further back in the race.

45 mins to kick: Eduardo Camavinga is seeing a run in the side, thanks to Aurelien Tchouameni’s injury, and Carlo Ancelotti has called him “untouchable” in the transfer market despite rumours of a move to Arsenal on loan. It would be silly for Madrid to let him go at this point given their current squad makeup. He’s a necessary piece of that puzzle.

70 mins to kick: The Athletic Club lineup is in, and head coach Ernesto Valverde has made a change up front. The club has managed just one goal in their last three league games, so regular striker Gorka Guruzeta sits as does backup Raul Garcia, moving Inaki Williams back into the central striker role after a recent run out on the wing. They are also starting a pair of backup centre-backs due to injury and suspension.

90 mins to kick: It’s packed outside San Mames Barria Stadium! The Athletic fans are buzzing, this is a match that can reignite their charge up the table after their good early-season form has fizzled a bit.

90 minutes to go for one of the LaLiga clásicos and we’re already here in San Mamés!

75 mins to kick: The Real Madrid lineup is already out, and it is exactly as we had thought. Toni Kroos is sat on the bench, with Dani Ceballos in the XI after his positive introduction midweek. The only surprise is the inclusion of Marco Asension, who replaces Luka Modric.

The aging duo has felt the weight of the long season recently. There are only eight players on the Real Madrid bench, compared to Athletic’s 12, so Los Blancos are a bit shorthanded.

Toni Kroos and Luka Modric both on the Real Madrid bench today, both dropped.

It’s just the third time over the last 3 seasons in which both started a league match on the bench.

120 mins to kick: Aurelien Tchouameni remains absent due to injury, but the young French midfielder still made his way into the news this weekend after he was spotted at an NBA game in France at the exact time Real Madrid was on the field against Villarreal in the Copa del Rey. It was a bad look for the young midfielder, who while injured would still have been expected to support his team.

Carlo Ancelotti addressed the issue during his pre-match press conference, and said that he received an apology from Tchouameni which he accepted, bringing an end to the story, at least internally. Ancelotti backed Tchouameni after the incident, saying he’s “a young boy” who learned his lesson.

Athletic Club have a relatively healthy squad, but there’s an issue at centre-back in this match, with both regular starters missing. An injury to Inigo Martinez has seen 23-year-old Daniel Vivian forced into action since the World Cup break. Now, Martinez’s regular partner Yeray Alvarez will miss this match as well due to yellow card suspension, meaning 22-year-old Aitor Paredes takes over at the other spot.

Head coach Ernesto Valverde has reacted to the club’s recent scoring drought, making a change up front. With just one goal in their last three league games, regular striker Gorka Guruzeta has been sat alongside backup Raul Garcia, moving Inaki Williams back into the central striker role after a recent run out on the wing. That brings Alex Berenguer into the starting lineup for the first time in five league games.

The biggest issue for Real Madrid boss Carlo Ancelotti in this match is the continued absence of midfielder Aurelien Tchouameni who is missing for another few weeks with a calf injury. Eduardo Camavinga will continue in his stead, but the Frenchman has not been stellar in his deputy role.

Also missing are defenders David Alaba and Dani Carvajal, the latter of whom gives Madrid a headache at right-back. Lucas Vazquez is missing with a sprained ankle, seeing Marco Asensio step in with Federico Valverde dropping back into midfield.

Ancelotti has a decision to make in midfield, as Toni Kroos is usually a lock to start every game but is suffering through extremely poor form, and Dani Ceballos replaced him off the bench against Villarreal to great effect last time out. The German sees a night off here to give the hot hand in Ceballos a chance, while the aging Luka Modric also sits. Eden Hazard picked up an injury in training and was not included in the squad.

How to watch Athletic Bilbao vs Real Madrid

Interestingly, Real Madrid are far from heavy favorites as they travel to the eighth-placed team in the La Liga table. Los Blancos are plus-odds to win this match, with Athletic Club’s moneyline very close behind.

The expectation for goals in this game is muted given Athletic’s excellent defensive record this year. They have conceded 17 goals in 17 matches this season, which is up there with the top defensive teams in the league (behind the leaders Barcelona, of course, who have conceded just six times all league season, blowing everyone else out of the water).