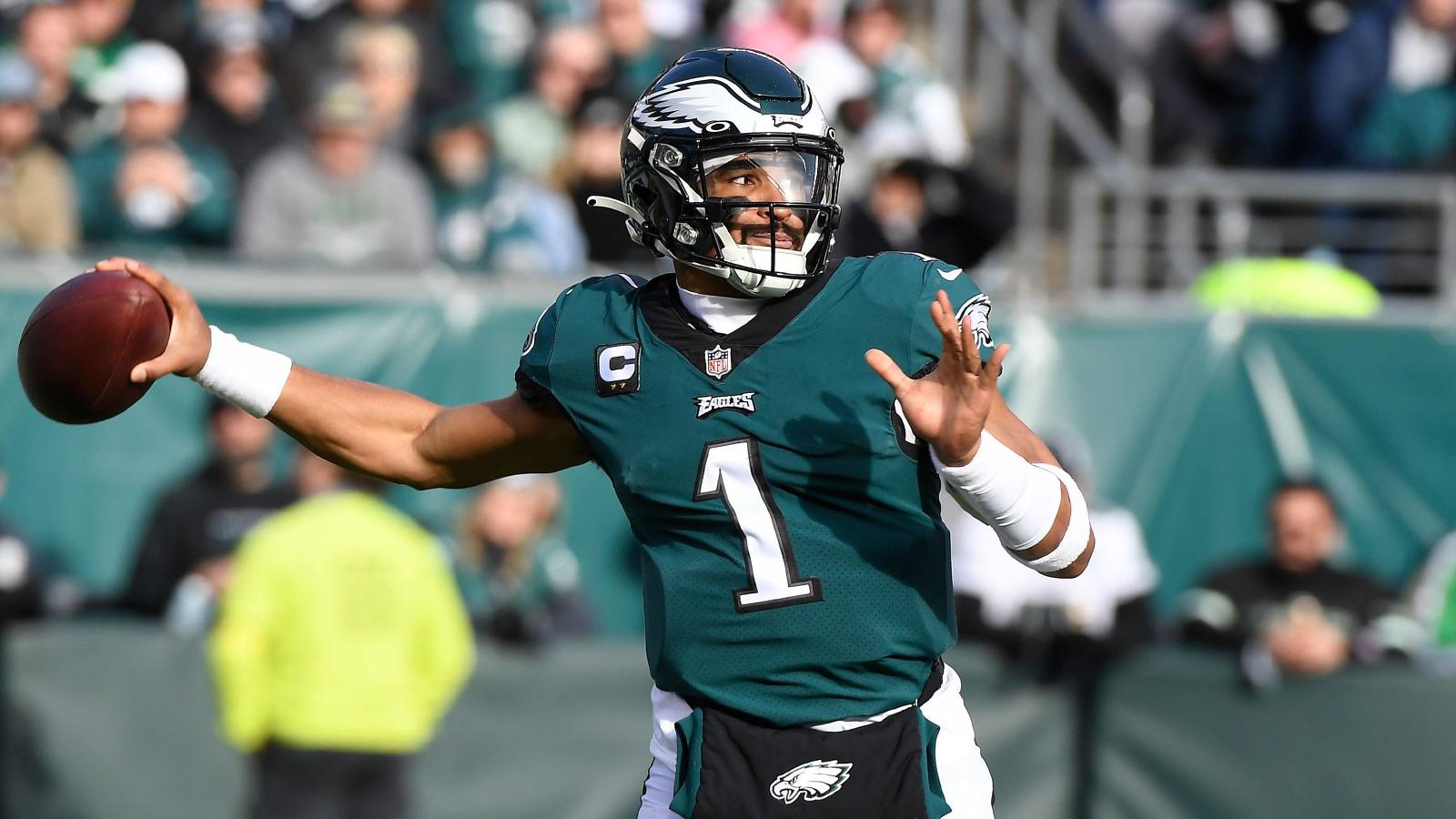 There was little sense of his lingering shoulder injury as the quarterback returned to potential-MVP form in the first half with two scores through the air and another rushing.

The 24-year-old, who threw successfully for 16 of his 24 attempts for a total of 154 yards on Sunday, had the home side up 28-0 and head coach Nick Sirianni chest-bumping his assistants at the break.

Running back Matt Breida scored on an eight-yard rush in the third to finally get the Giants on the board, but the Eagles responded in the final quarter with a field goal and another touchdown to put the game to bed.

Philadelphia will now host the championship fixture next Sunday against either divisional rivals the Dallas Cowboys or the San Francisco 49ers.

The Kansas City Chiefs earlier progressed to the AFC Championship Game with a 27-20 victory over the Jacksonville Jaguars.

Quarterback Patrick Mahomes gave Chiefs fans a scare when he limped off the field with an ankle injury in the second quarter, with 37-year-old backup Chad Henne deputising admirably by throwing a touchdown pass in his absence.

But the five-time Pro Bowler, 27, returned in the second half to secure the win and set up a championship game against either the Buffalo Bills or the Cincinnati Bengals.