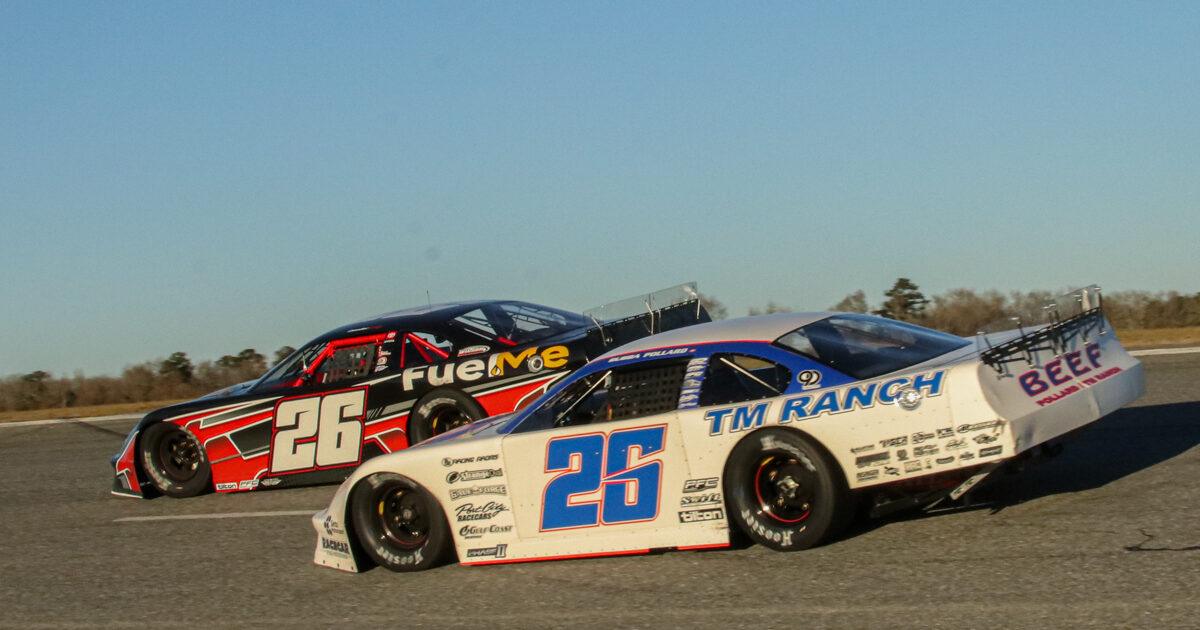 The first race of the 2023 season is upon drivers and teams as they prepare for SpeedFest 2023 at Watermelon Capital Speedway in Cordele, Georgia. The event, which includes five different divisions of racing, is highlighted by the 150-lap Super Late Model race, and the 100-lap JEGS/CRA All-Stars Tour Pro Late Model race. It’s also the first race under the new branding for the ASA/CRA Super Series Powered by JEGS and the ASA Southern Super Series Presented by Sunoco Race Fuels.

The weekend begins on Thursday for teams who wish to take part in an open practice at the speedway. All five divisions will practice on a rotation from Noon to 5:00. Weekend credentials will be available when the gates open at 9:00 AM Thursday morning.

Friday consists of three rounds of event practice beginning at 11:30 AM. Outlaw Late Models will kick off qualifying at 4:15, followed by final practice/qualifying for the INEX Legends Cars and Bandoleros. Late Models take the stage at 5:15 with single car qualifying for the JEGS/CRA All-Stars Tour as they look to grab the Luke Yoder Construction Fast Qualifier Award. The ASA/CRA Super Series and ASA Southern Super Series qualifying is the final event of the afternoon with the Earnest Performance Fast Qualifier Award on the line.

Saturday, fans begin their experience with an autograph session on the front-stretch of the speedway at 11:30 AM. Driver introductions begin an hour later with the first green flag of the day in the air at 1:00 PM. Bandolero and Legends Car features are first followed by the JEGS/CRA All-Stars Tour. The Southern Outlaw Late Models will then run a 50-lap feature race. The highly anticipated Super Late Model SpeedFest 150 caps off the weekend at the end of the afternoon.

Advanced tickets are available now at www.TrackEnterprises.com or by calling (217) 764-3200. Fans who can’t attend the race in person can also find live coverage of the event on RacingAmerica.TV. For more on SpeedFest 2023 and CRA, log onto www.CRA-Racing.com, or find and follow CRA on Facebook.