Jalen Williams Drops to No. 4 on NBA Rookie Ladder 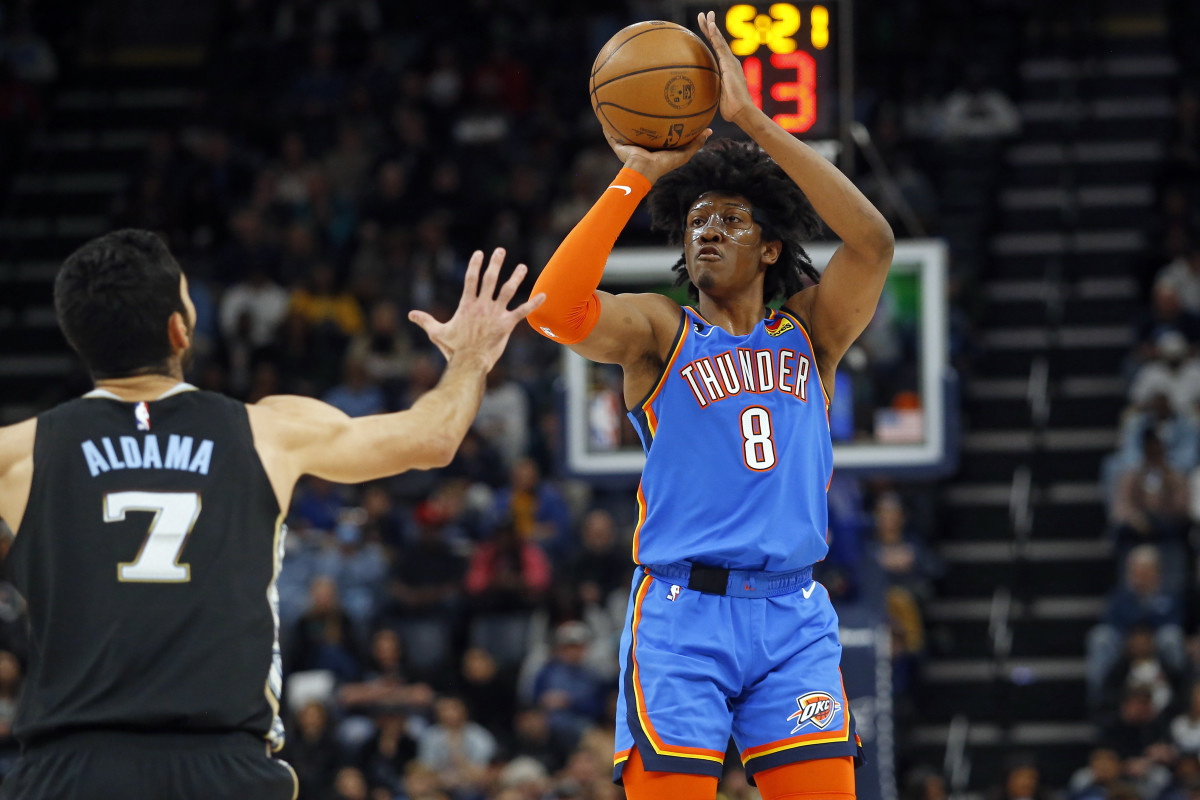 Drafted twelfth overall, Williams has far exceeded all expectations, averaging 11.5 points, 3.9 rebounds and 2.9 assists per game on the year while shooting over 50 percent from the field on the season. But he’s hit a small wall in the last week that’s caused his production take a small hit.

In his last handful of games, it’s clear Williams has hit the opposition’s scouting report, as all valuable players eventually do. But it’s been harder and harder for him to come by meaningful production as the season wanes on.

Following his 22-point outing in Chicago, Williams has averaged just 7.3 points per game on 29% shooting overall, including a 1-point, 0-for-9 performance versus Brooklyn. Thankfully for OKC, Williams was drafted to do much more than just score, as he’s averaged 5.0 rebounds, 3.3 assists and 1.8 steals per game in that span.

Working through the league’s adjustments is just part of the process for Williams. His teammate, Thunder guard and sophomore Josh Giddey, knows better than anyone on how to work through that, averaging nearly 50-40-90 shooting percentages over the last two months after a shakier start to the season.

Other notable rookies on the ladder include Paolo Banchero, who has maintained the top spot for nearly the entire season, Utah’s Walker Kessler, who jumped to No. 3 and Charlotte center Mark Williams, who makes his first appearance of the season with more opportunity.

Want to join the discussion? Like SI Thunder on Facebook and follow us on Twitter to stay up to date on all the latest Thunder news. You can also meet the team behind the coverage.