How much does a NASCAR tire changer make? 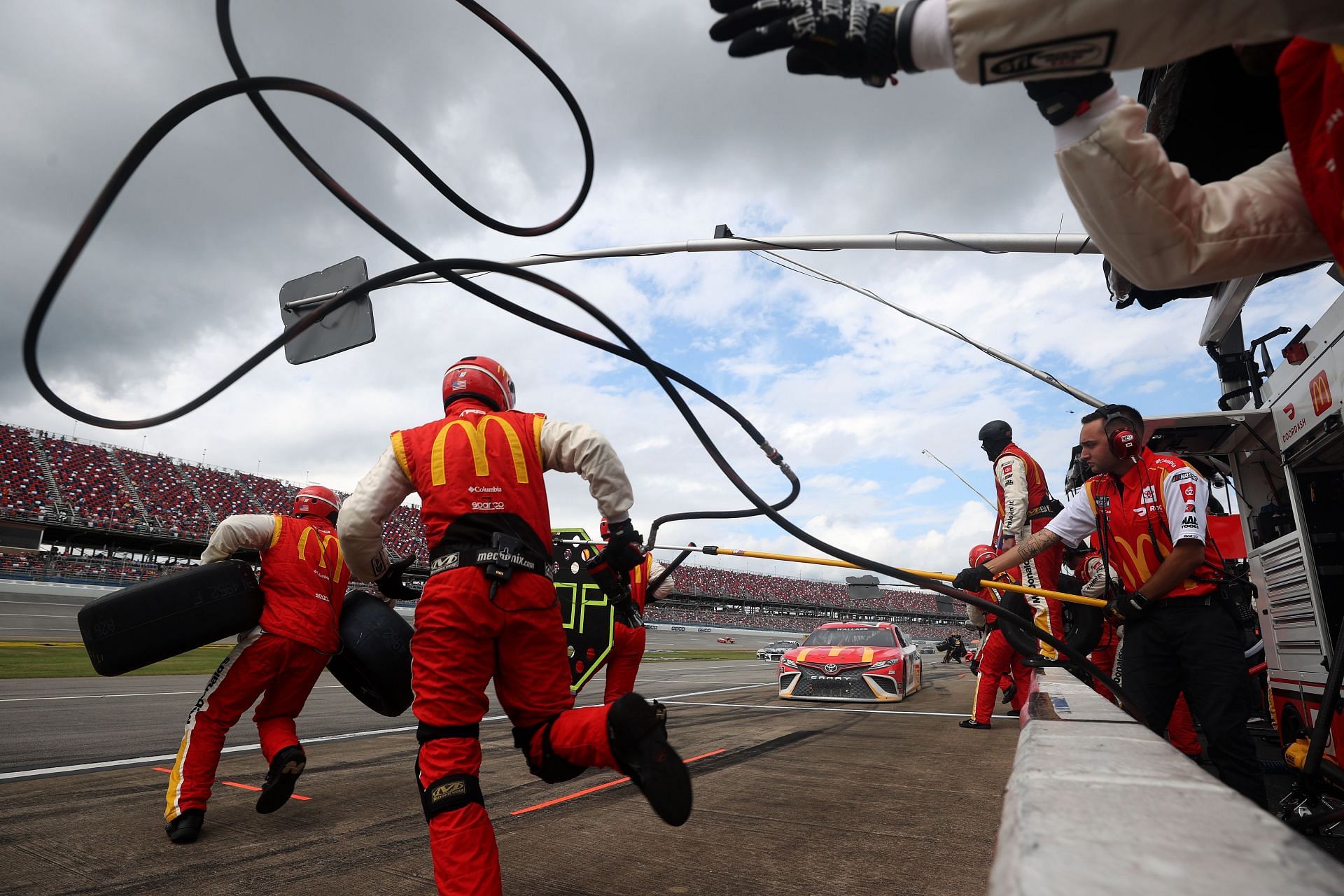 NASCAR, just like every other form of motorsports in the world, is not a one-man show. With performance dependent on technicalities in mechanical aspects such as cars, motorsport as an industry is heavily dependent on a team whose collective efforts allow a driver to reach the top of his game. In addition to having a proficient driver behind the wheel of the car, the team requires a set of skilled engineers to set the car up for the driver to extract the maximum out of, along with a quick-on-their-feet pit crew to service the car at regular intervals.

A typical NASCAR Cup Series team consists of upwards of eight members in a pit crew, of which only five members are allowed over the pit road wall during a race due to safety reasons. Each member of the team has a specific task that he/she needs to perform under one of the most intense and chaotic moments in a race, green flag pit stops, not to mention the several curveballs that might come their way in the form of a damaged car or an out-of-sync pit stop.

A typical NASCAR pit crew comprises one Jackman, who is responsible for jacking the car up for the tire changers to do their job. Then come the Tire Changer and Carrier themselves, working as a pair. Two teams of carriers and changers take turns to service each corner of the car as quickly as they can. Since refueling is common in stock car racing, the Fuelman is responsible for filling up the car with Sunoco Green E15, the sport’s official fuel. He can often be recognized as the person holding a large red refueling apparatus.

The two topmost positions in a NASCAR Pit Crew come in the form of the Car Chief and the Crew Chief. The Car Chief takes care of operations before the race weekend regarding the setup and maintenance of the specific car, whereas the Crew Chief acts as the final word on top of the box.

So how much does a NASCAR tire changer earn?

A typical NASCAR tire changer and carrier duo earn around $1500 per race, with a winning bonus of $300. This makes their early earnings in the ballpark of $80,000. The role of a tire changer is not one of the highest-paying positions in a pit crew, however, they are susceptible to a high level of danger as they are one of the key members of the team to be over the pit wall and in amongst speeding cars.

Watch the pit crews in action at the 2023 Busch Light Clash at the Coliseum next month on February 5th, 2023.